HomeInDepthMitigating a 130 Year Old Mine Under the Trans-Continental Railroad 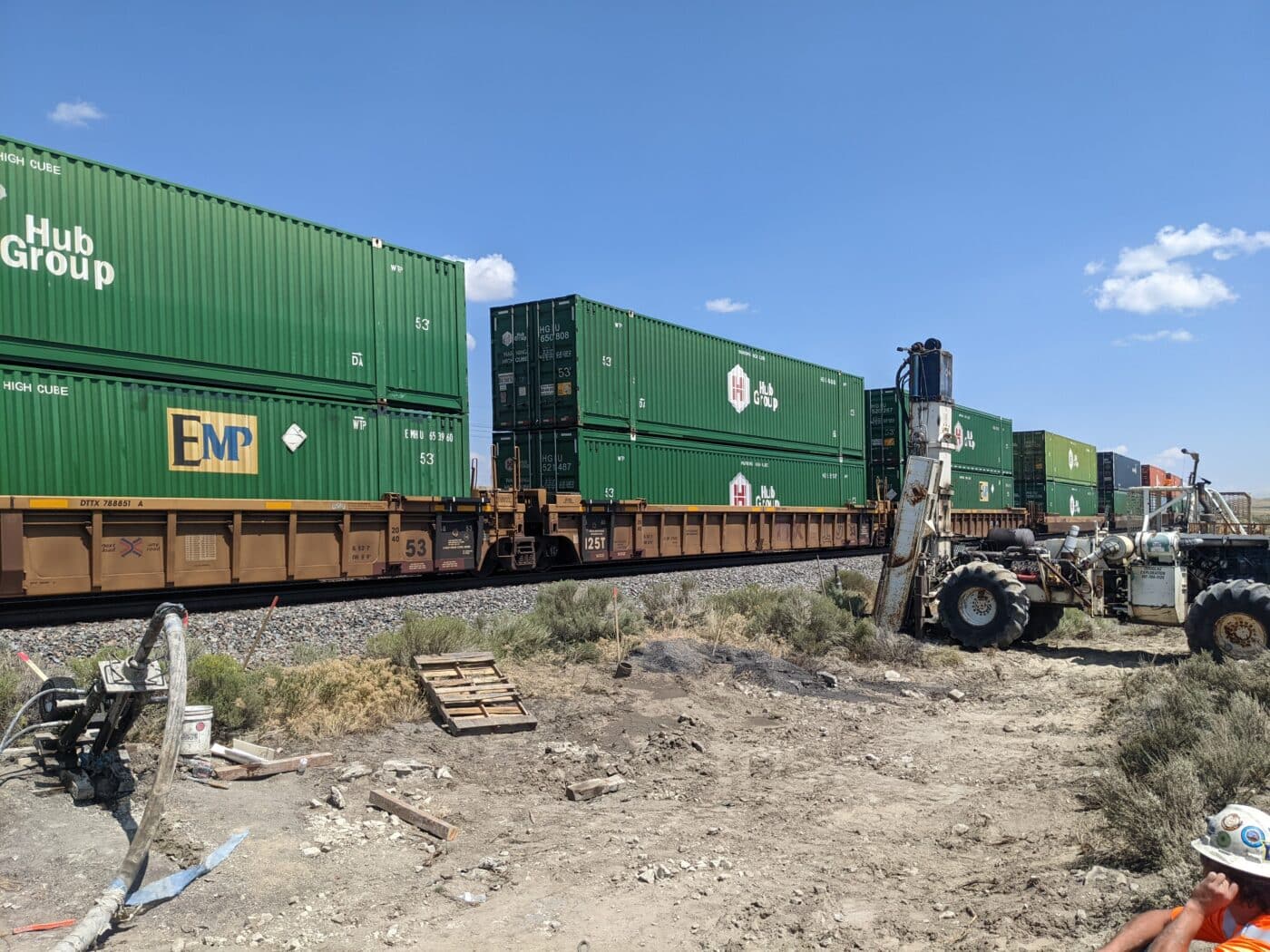 Beginning in 1888, coal mines in Dana, Wyoming were delivering coal to the Trans-Continental railroad. 1890 saw its peak with 142 workers digging underground to supply thousands of tons of coal to the railroad. Located in south central Wyoming, Dana Mine No. 1 was one of many mines at the end of that century supplying coal to this famous 1,700 mile long track.

By 1891, the town would essentially be abandoned for the much larger (and higher quality) coal reserves in nearby Hanna, Wyoming. Over the coming decades, nature would slowly reclaim the area, and the tracks would be relocated to bypass the now useless rail spur for Dana.

However, the mine itself would not stay forgotten forever. Due to the shallow nature of the mine workings, sinkholes would slowly form to the north and south of the relocated rail line, indicating the gradual failure of the roof. Utilizing the surficial presence of sinkholes and a historic mine map, Brierley conducted an investigation program in the Fall of 2021 on behalf of the Wyoming Department of Environmental Quality’s Abandoned Mine Land Division (AML). Utilizing high angle exploratory boreholes to investigate conditions under the rail tracks, the presence of voids as shallow as 30-ft below the rail line was identified. Additionally, the strength of the overlying rock was identified to be poor, with collected rock samples breaking with a uniaxial compressive strength of less than 500 PSI.

With an average traffic load of 36 trains a day with tens of millions of dollars’ worth of cargo, a subsidence event under the track could prove to be costly to the rail line and its customers. Once the risk was identified, Brierley staff designed and provided construction management services for a response program to mitigate the risk of subsidence collapse under the highly active rail line.

Work began as soon as the weather permitted in April 2022 with the creation of a barrier grout wall to the south of the rail line to prohibit flow outside of the work area. This was followed by a series of multiple boreholes angled under the rail line from both outside and within the rail road Right-of-Way to fill voids or rubble present in the area. High mobility pressure grouting was utilized to penetrate rubblized conditions with pressure criteria calculated by Brierley personnel. To monitor the rail line during grouting operations, a series of 50 prisms was installed on the track with an automated total station scanning each location at regular intervals and alerting site personnel to any potential movement. A custom GIS solution (designed by Brierley) was also utilized to collect and share drilling and grouting data instantaneously with multiple team members and provide real time updates to AML program managers.

Over the course of the project, 4,700 cubic yards of grout was injected in the vicinity of the rail road in the two haulageways that extend under the tracks with no noted instances of ground movement. Final site reclamation efforts will continue into the Fall including earthwork and revegetation of the project area. Brierley’s mine mitigation efforts on behalf of Wyoming AML will continue in the nearby town of Hanna, Wyoming with multiple projects anticipated to be released for bidding in fall 2022. 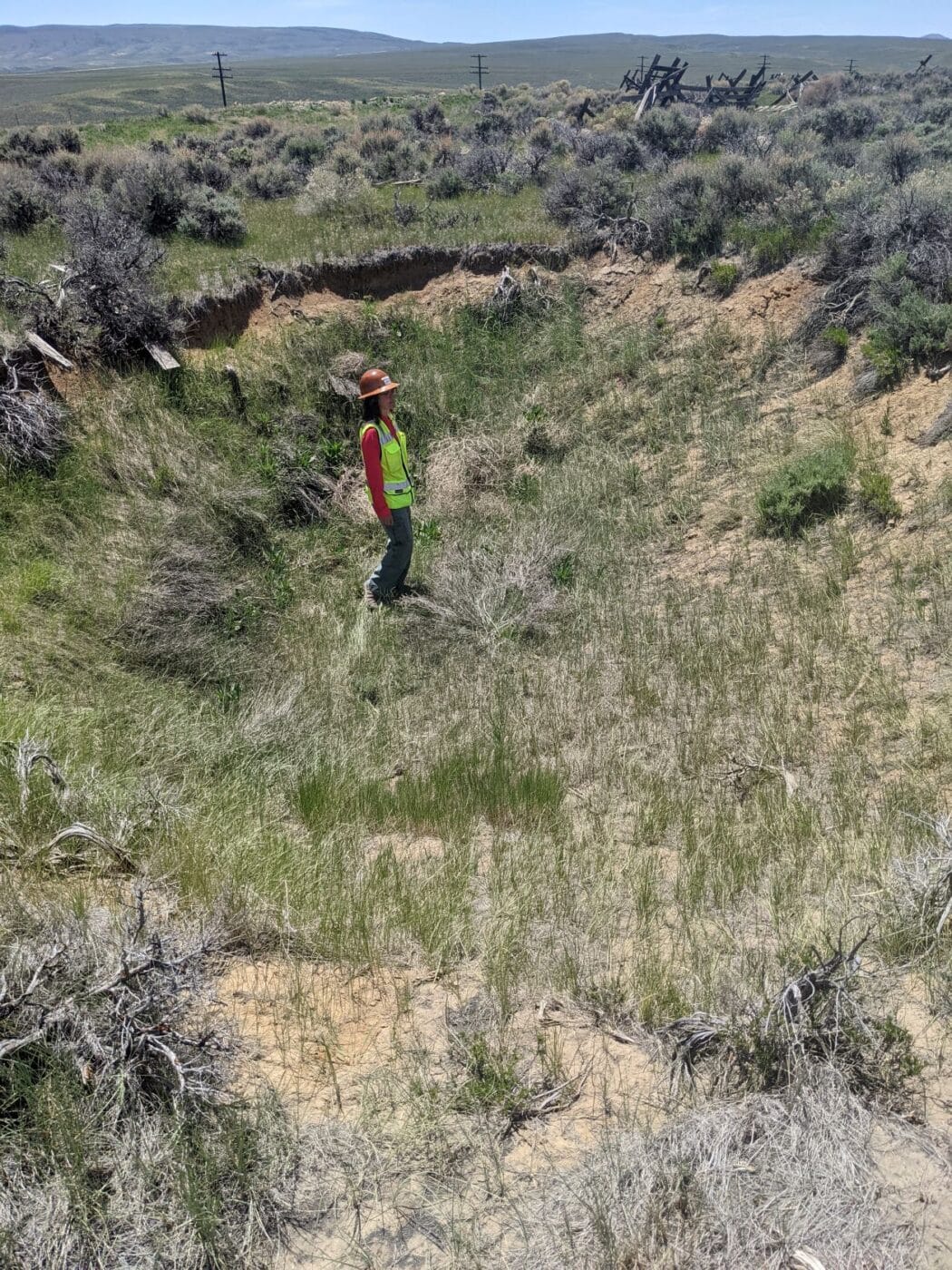 Receive news and articles from our subject matter experts.