In 1852, the first bridge constructed of wood, stone, and iron was proclaimed to be the highest wooden bridge in the world. It was destroyed by fire in May 1875. Fifty-three days later the single-track iron and steel truss Portageville Bridge, which crosses above the Genesee River at a height of 245-feet and 819-feet long was in service until it was replaced by a new bridge that went into operation on December 11, 2017.

Construction of the new $75 Million bridge and track, which was only 75-ft away from the in-service 1875 bridge, commenced in 2015 with American Bridge and Iron (AB) as Prime Contractor and Modjeski and Masters was the Project Engineer. Maine Drilling & Blasting (MD&B) was one of the specialty subcontractors to AB. Brierley Associates served as an independent blasting consultant, working with MD&B to oversee the use of explosives for rock excavation by drill and blast methods, compliance, and control with respect to blasted rock containment, fragmentation and vibrations. We also provided comments and recommendations, as needed, on pre-blast designs and their results, to improve blasting procedures and design for production blasting.

Rock excavation by blasting was challenged by limiting the vibration effects on the 1875 bridge structure; maintaining catchment of blasted rock fragments to prevent rock from entering the Genesee River; minimizing overbreak and stabilization of the final rock face, and the Federal Eagle Protection Act which limited the frequency of controlled blasts to no more than three at each side of the gorge per week.

Mitigation measures included completing pre-construction condition surveys of the surrounding area, and monitoring vibrations and air blast overpressures with seismographs. Vibration criteria were limited to 0.5 ips above background levels, which resulted in a final vibration limit of 0.75 ips as measured in the ground at the base of the nearest existing bridge piers. Contract specifications for blasting limited bench heights to 15 feet, and two to three blasts rounds per bench. Given the stringent vibration criteria and the close proximity of the existing bridge pier structures, successful blast designs implemented double and triple-decked loaded holes with powder factors just under 1.0 lb/cy.

The 1875 iron and steel bridge was subsequently dismantled. Although ending an era where such feats of engineering and construction were a “marvel,” the new bridge will allow for the movement of double-stack cars and the improved means to move goods. 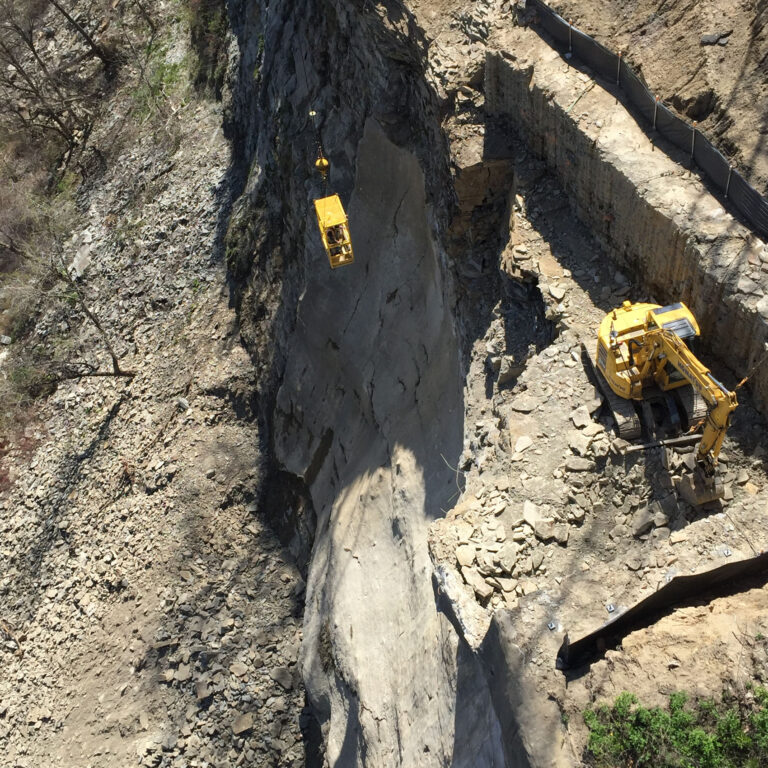 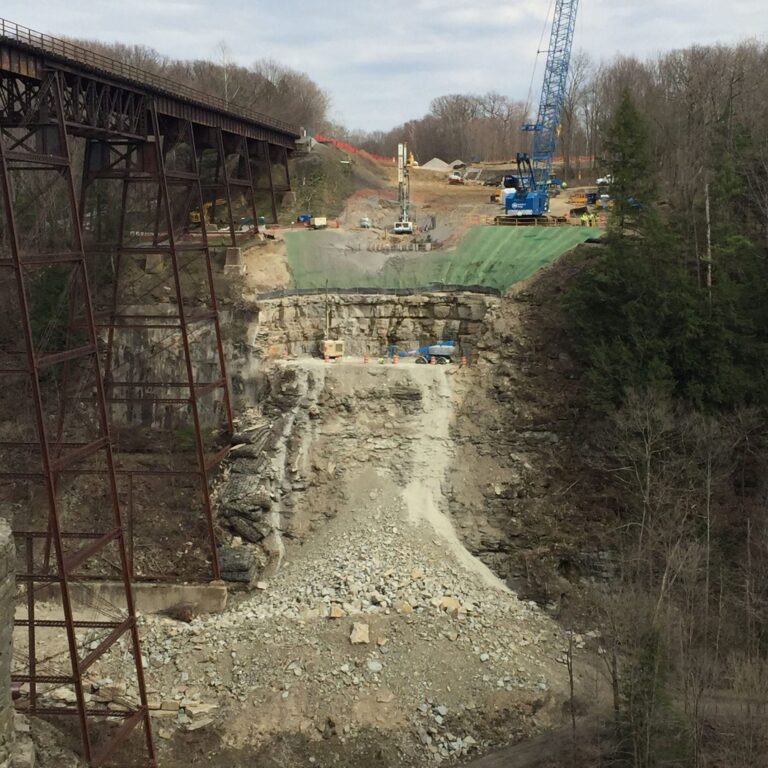 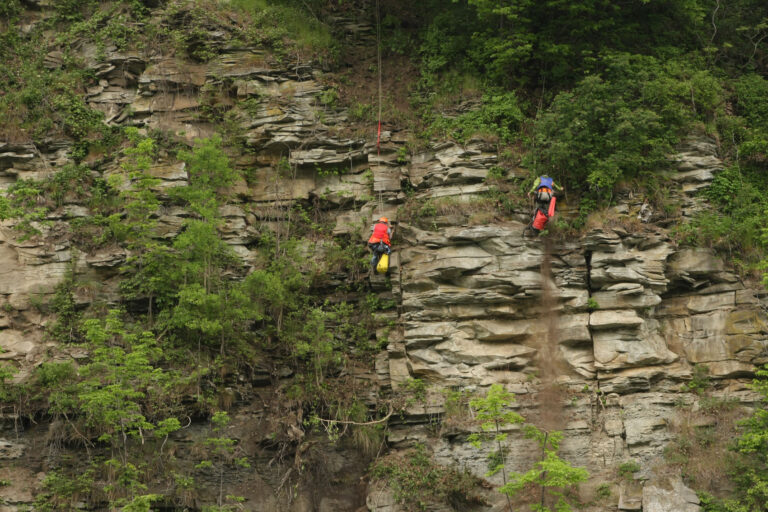 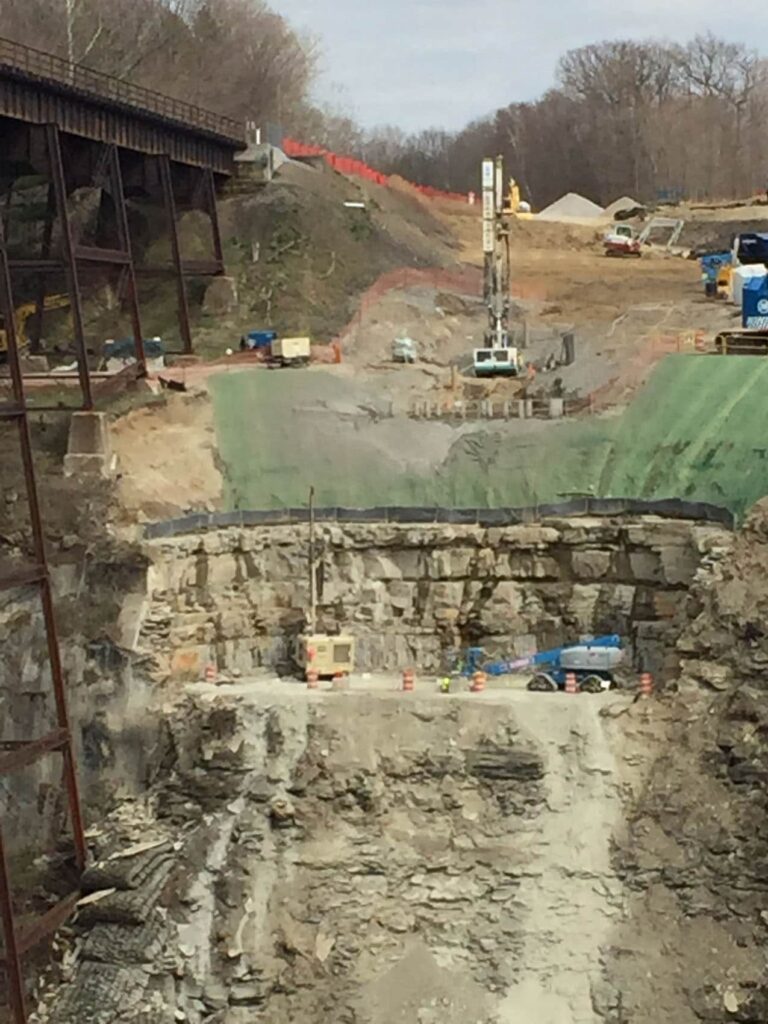 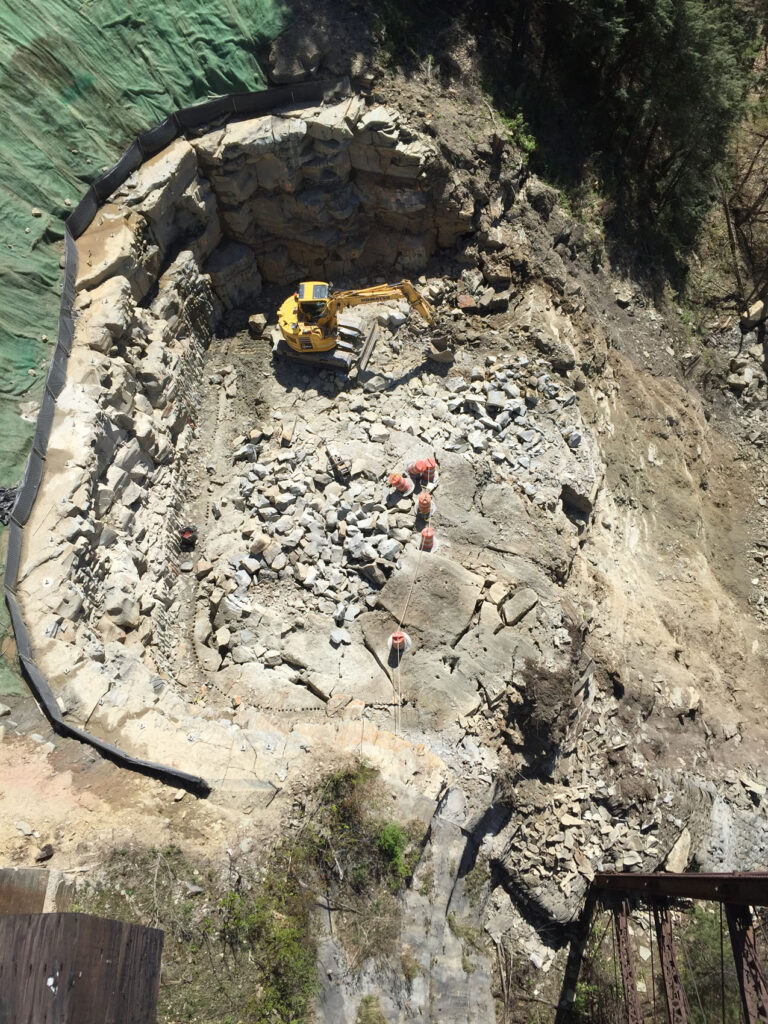