Liberty University had to overcome an access obstacle posed by absence of ingress to the westside of the campus from the intersection of Ward Road and Harvard Street. The solution was to create a new roadway under the Norfolk-Southern rail lines.

Although conventional construction of these types of tunnels is by jacking, a novel approach was selected to pull the boxes through the existing railroad embankment via post-tensioning tendons installed through the embankment and walls of the tunnels.  The six 765-ton capacity jacks were mounted on 4‑ft thick reinforced concrete blocks, cast against a 23-ft high soldier pile reaction wall located at the receiving side of the embankment. The second box was pulled through after placing the jacks on the back end of the tunnel with the post-tensioning strands attached to the soldier pile reaction wall on the receiving side of the embankment. 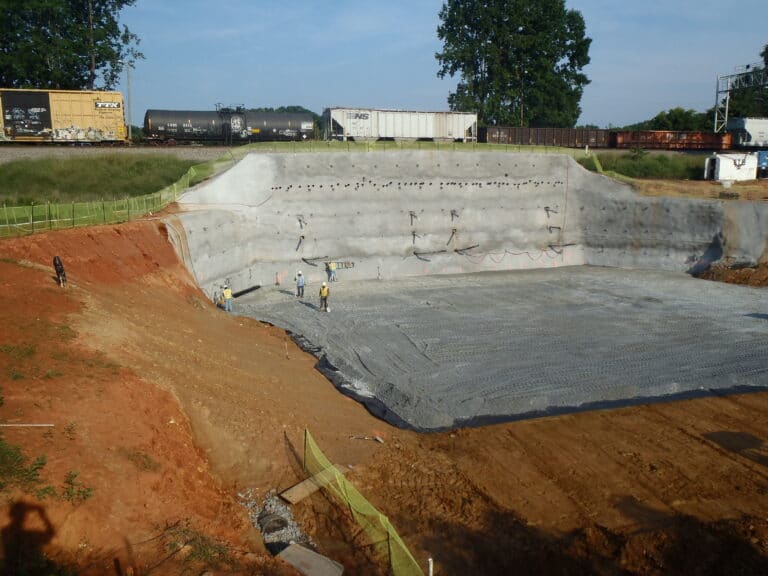 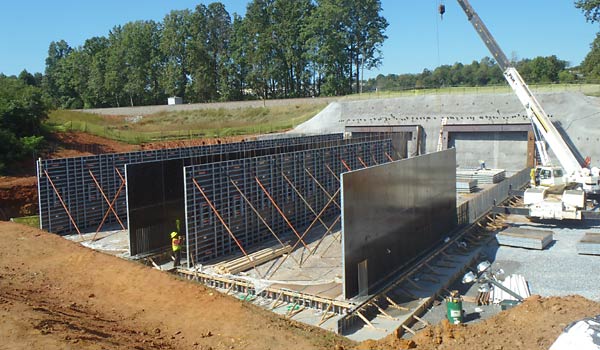 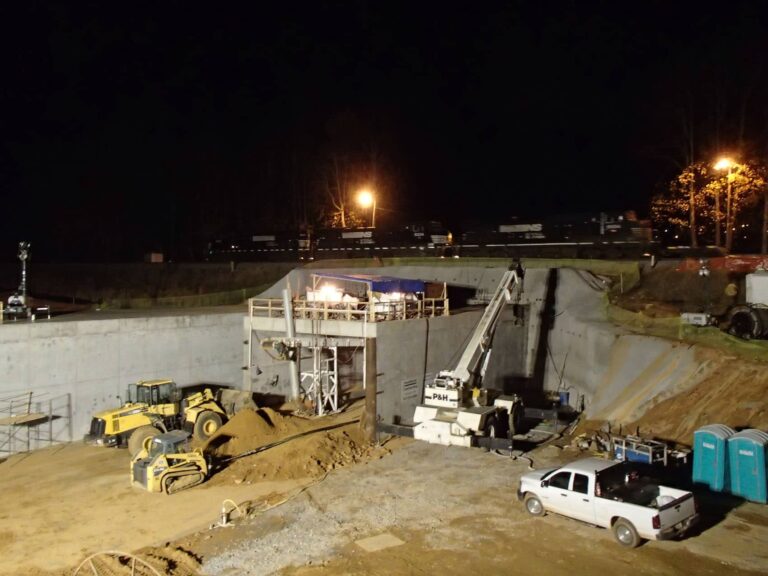 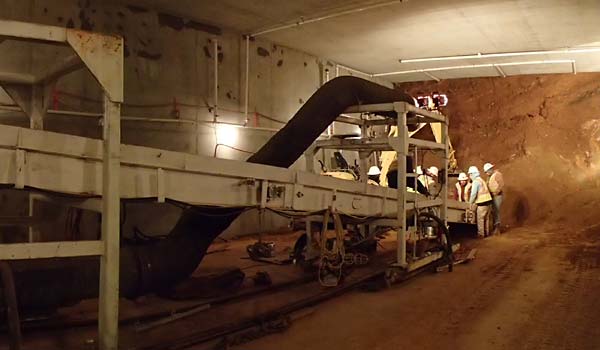 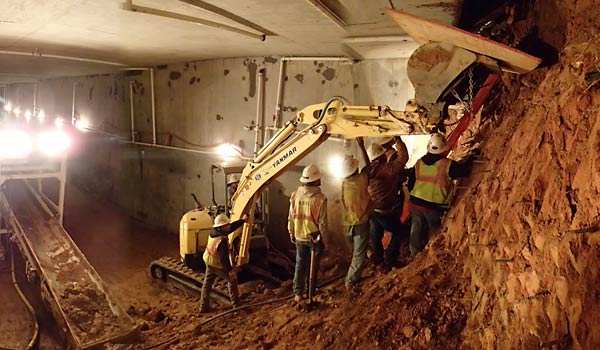 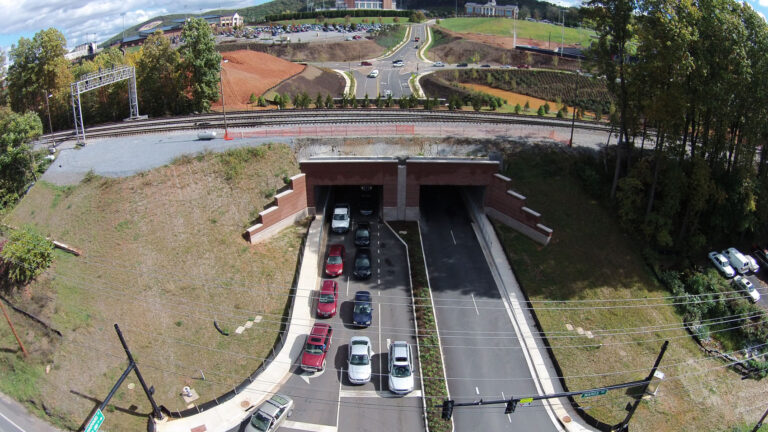 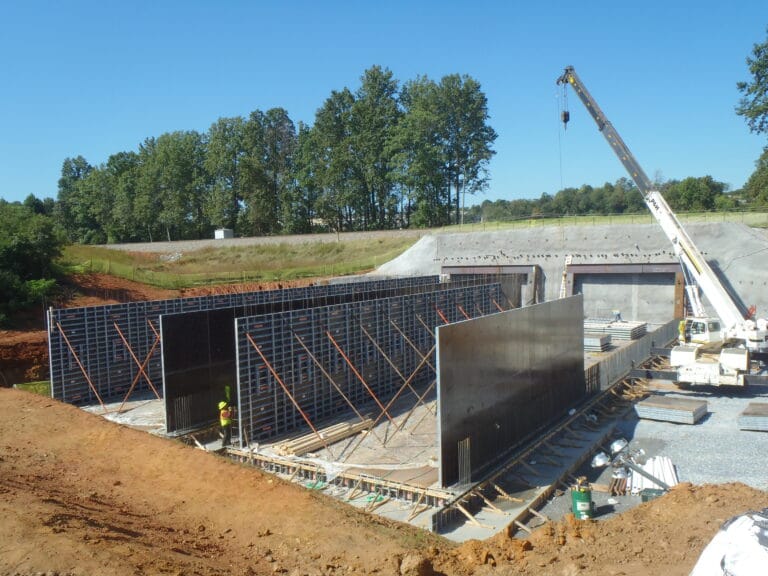 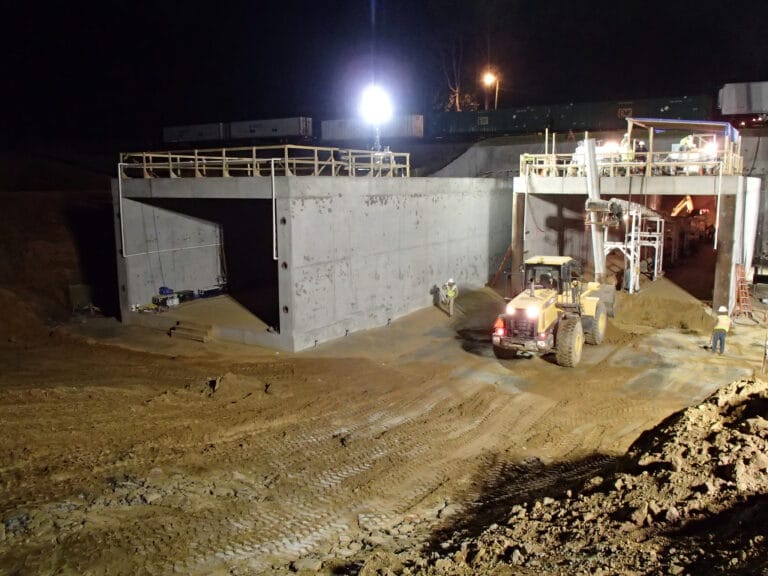