To expand the storage of raw water drawn from the Chattahoochee River, an abandoned quarry has now been transformed into a 2.4 billion gallon reservoir which will provide a minimum 30-day backup supply to the City of Atlanta. The project includes the construction of a partially-lined rock tunnel, pump stations constructed within shafts, and control devices. Two of the pump station shafts were excavated within 200-ft of the tunnel portal that was mined into the quarry wall.

Preparing the Bellwood Quarry to serve as a construction staging area and tunnel portal had challenges associated with prior mining activities that resulted in steep pit slopes, some as high as 350-ft. Loose rock was abundant in the high walls and generally consisted of highly fractured, very hard silica-rich granitic gneiss. Brierley Associates and Scarptec, Inc. teamed to design a temporary rockfall mitigation system that was installed by Apex Rockfall Mitigation, LLC. Critical elements of the temporary system included post-scaling design and construction of draped netting, rock dowels, and two rockfall canopies.

The netted segment of the rock face above the tunnel portal is about 315-ft high and 365-ft long. Supporting the net system at the crest was accomplished by a series of ¾-in diameter wire rope anchors and a top rope. The temporary draped netting was tied into the canopy system. The intent of the connection between canopy and drape was to create a “slot”, in which falling rock would be retained within the system and would not exit the netting limits. Our design team opted for the rockfall canopy arrangement, which could be adapted to the field conditions and not restrict access by the tunneling crews.

Design of the temporary canopy-drape netting system required the Brierley-Scarptec team to estimate the range of rock block sizes and energies which could potentially compromise the system. Rock blocks greater than this critical size required bolting if they appeared to be loose. Based on kinematic calculations of rock block free fall and rockfall analyses from a slope that is 285-ft in height or similar, the critical rock block size was estimated to be approximately 2.5-ft (or the equivalent of 15-c.y.). Loose rock blocks greater than this size required rock reinforcement to arrest potential movement. 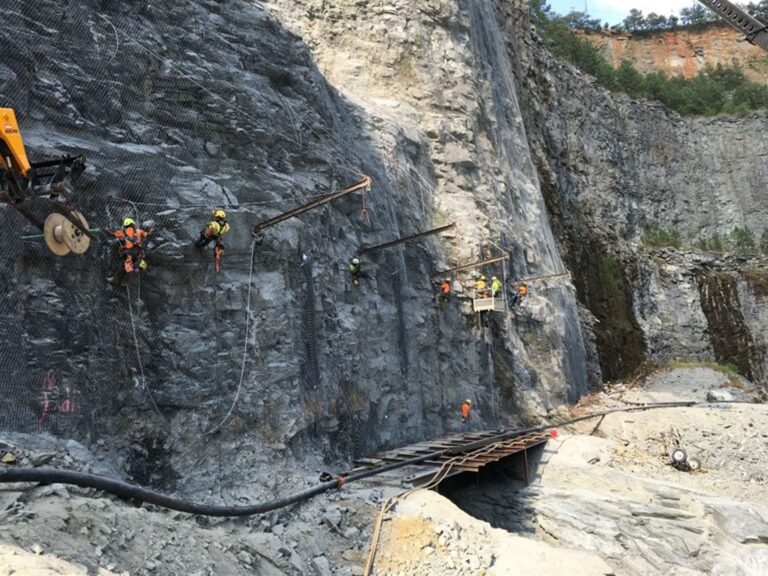 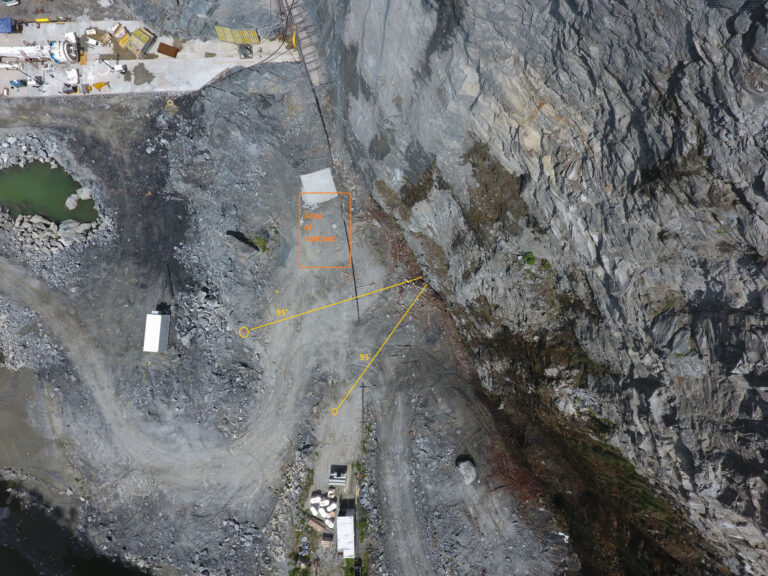 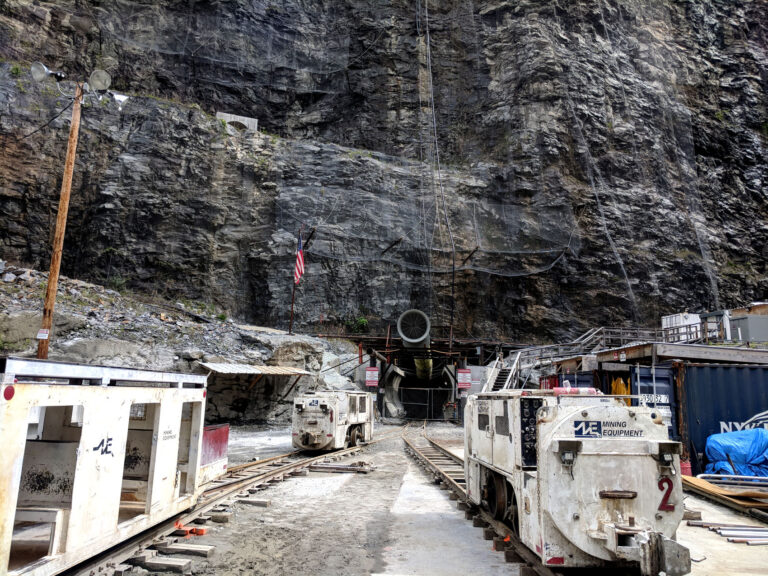