A new nine-story residence hall, named in honor of Syracuse University Football Legend and Heisman Trophy winner Ernie Davis was proposed to be constructed upon a congested and developed side slope of the SU Hill. The new building was to be placed within two feet of the existing Dellplain Hall. Other complicating factors included the presence of an existing underground steam line. Construction would require excavation depths approaching 35 feet. To avoid conflicts with underground utilities and the existing belled caisson system beneath Dellplain Hall, alternative support systems were needed.

Given the site constraints, Brierley Associates was called upon to design a Support of Excavation System that could be deployed in the tight area while maintaining the support of the adjoining structure and steam line. The geostructural engineers at Brierley Associates reviewed the available site, subsurface, and design information; developed lateral pressure diagrams for temporary excavation support and created a 3-dimensional model to better understand potential conflicts between the foundation system and utilities and the tied-back drilled soldier pile and lagging system that we designed for the project. The presence of the subsurface steam line precluded the use of ground anchors, therefore deadman anchors were selected for this area to mitigate the potential for damage to the steam line. 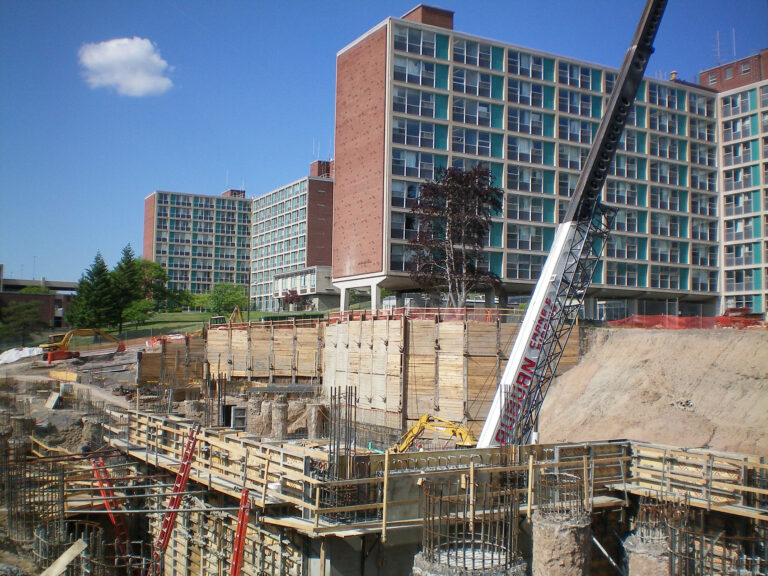 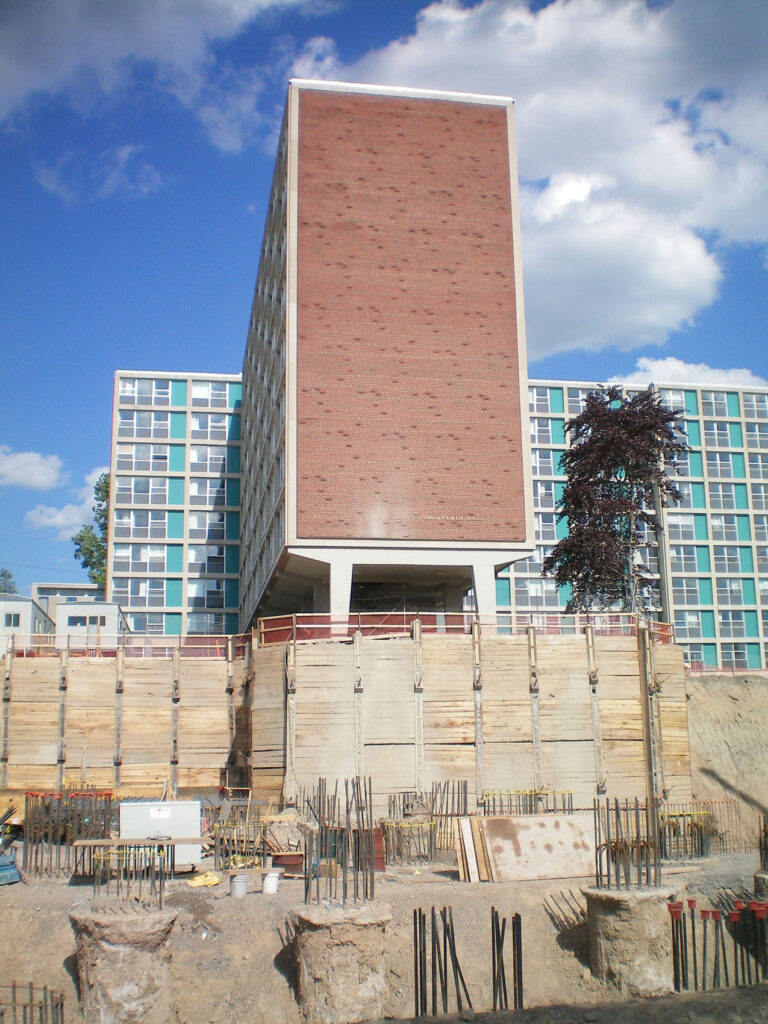