The twin tunnel boring machines for the Central Subway project were launched from beneath 4th Street directly under the I-80 aerial freeway viaduct in San Francisco. Permanent slurry diaphragm walls were utilized as both the temporary and permanent support of the excavation system for the Launch Box. Contract requirements dictated that the 47-ft maximum depth Launch Box be constructed in a manner that minimized traffic disruption at the laterally and vertically constricted site. 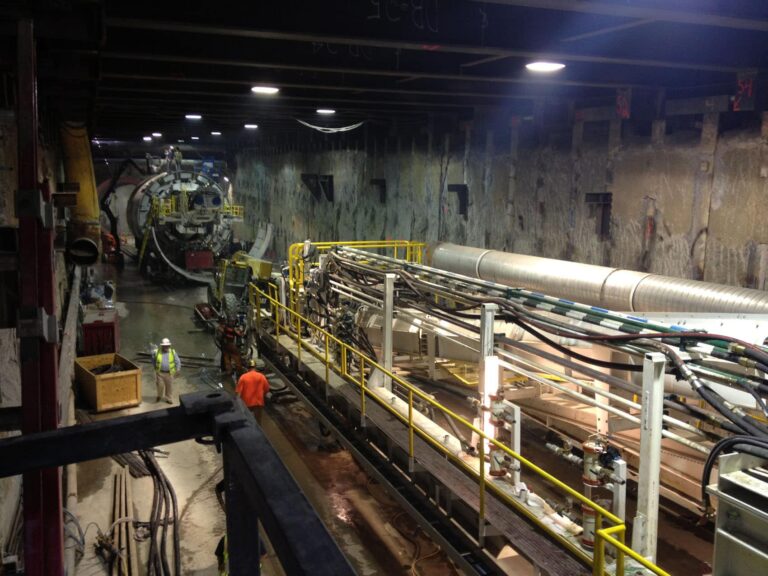 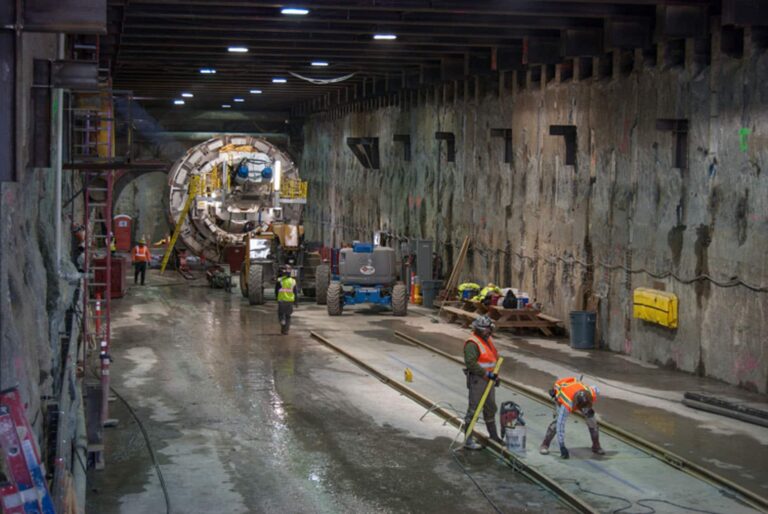 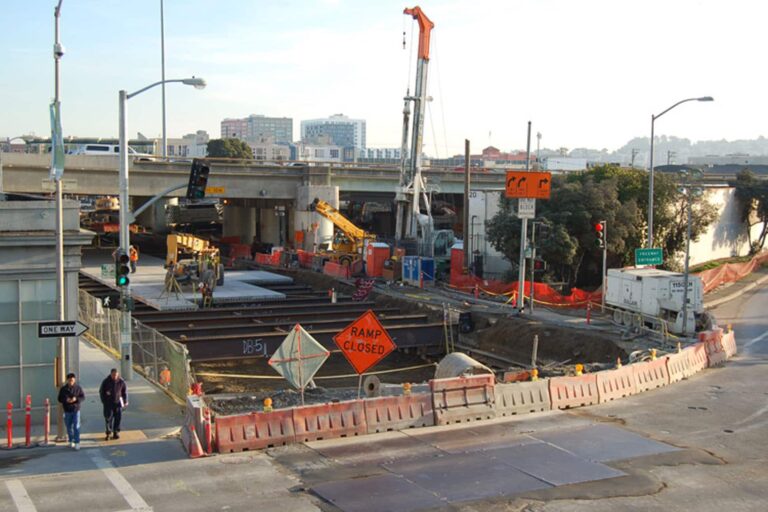 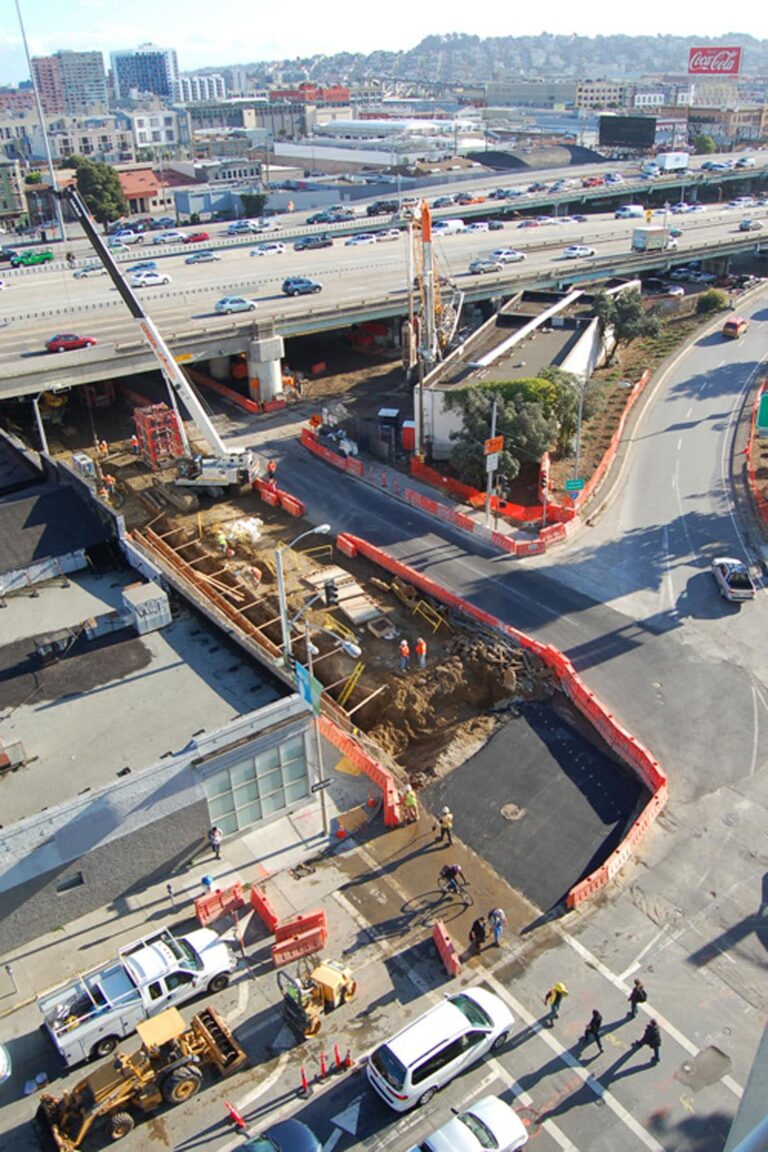