Brierley Associates professionals have served in various capacities including evaluations, mapping efforts, explorations, and computer modeling of rock mass behavior below and adjoining the former Gorsline Building at High Falls in Rochester, New York. Perched above the Genesee River and adjoining the High Falls, the Gorsline Building was constructed during the 1800’s as a water powered mill. Most of the structure was converted into office space, except for the rock pedestal area where the former vertical turbine shaft is located. Prior to and after the Gorsline Building was converted into office space, there have been ongoing concerns on the condition and stability of the rock mass that is exposed in the gorge wall below the northernmost part of the building and the rock pedestal.

In the late 1990s, a series of rock anchors were installed as a means to provide interim support to the rock mass which contains continuous and discontinuous jointing sets. As concerns of rock stability became more evident, Brierley Associates was part of a subsequent team to map the rock discontinuities and gain additional information of the gorge wall profile through a series of laser scans.

That mapping information was utilized by Brierley Associates to perform a stability analysis using SWEDGE, which is a 3D computer model that helps identify the intersection of mapped discontinuities that may result in potential rock instabilities. Further information was acquired by Brierley Associates during the making of two angle borings (45 degrees from vertical) that were located at the top of the gorge wall and adjacent to the building. Difficult access required a crane to lift the drilling platform into place. Given the anticipated condition of the rock and the need to obtain cores that could be observed relatively intact, a triple tube core barrel was utilized. Although future work might include additional monitoring of the gorge wall erosion rate and building movement, the City of Rochester decided to structurally decouple the area of the shaft that housed the former vertical turbine and the main building to mitigate the effects of a sudden rock slope failure. 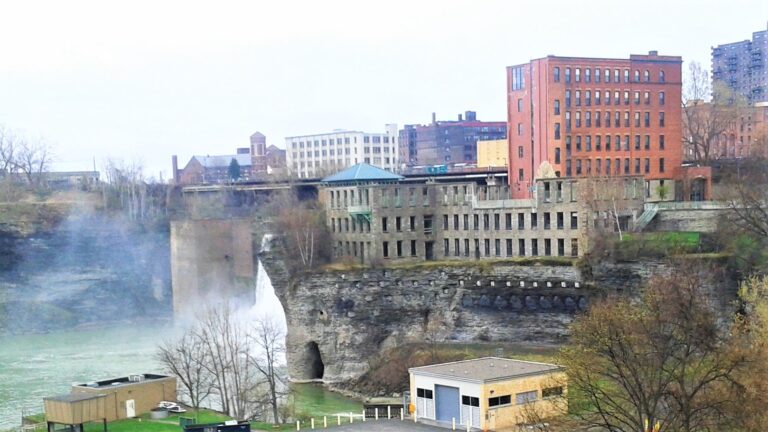 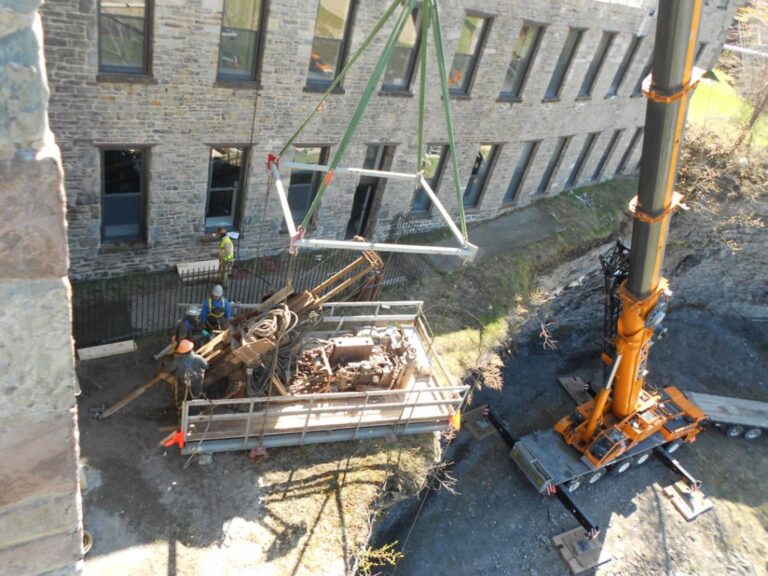 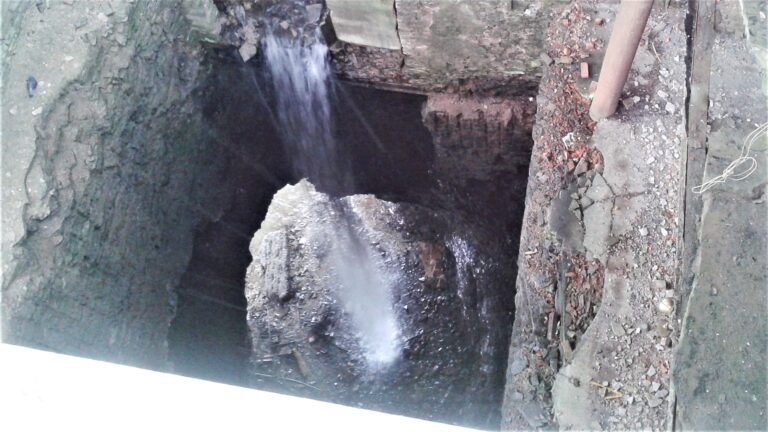 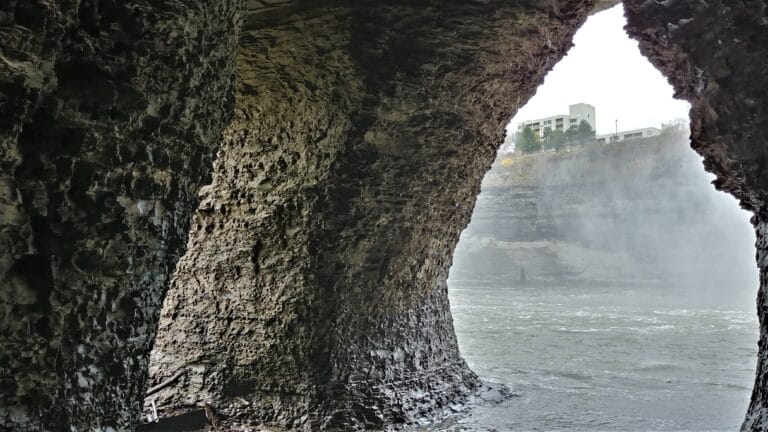 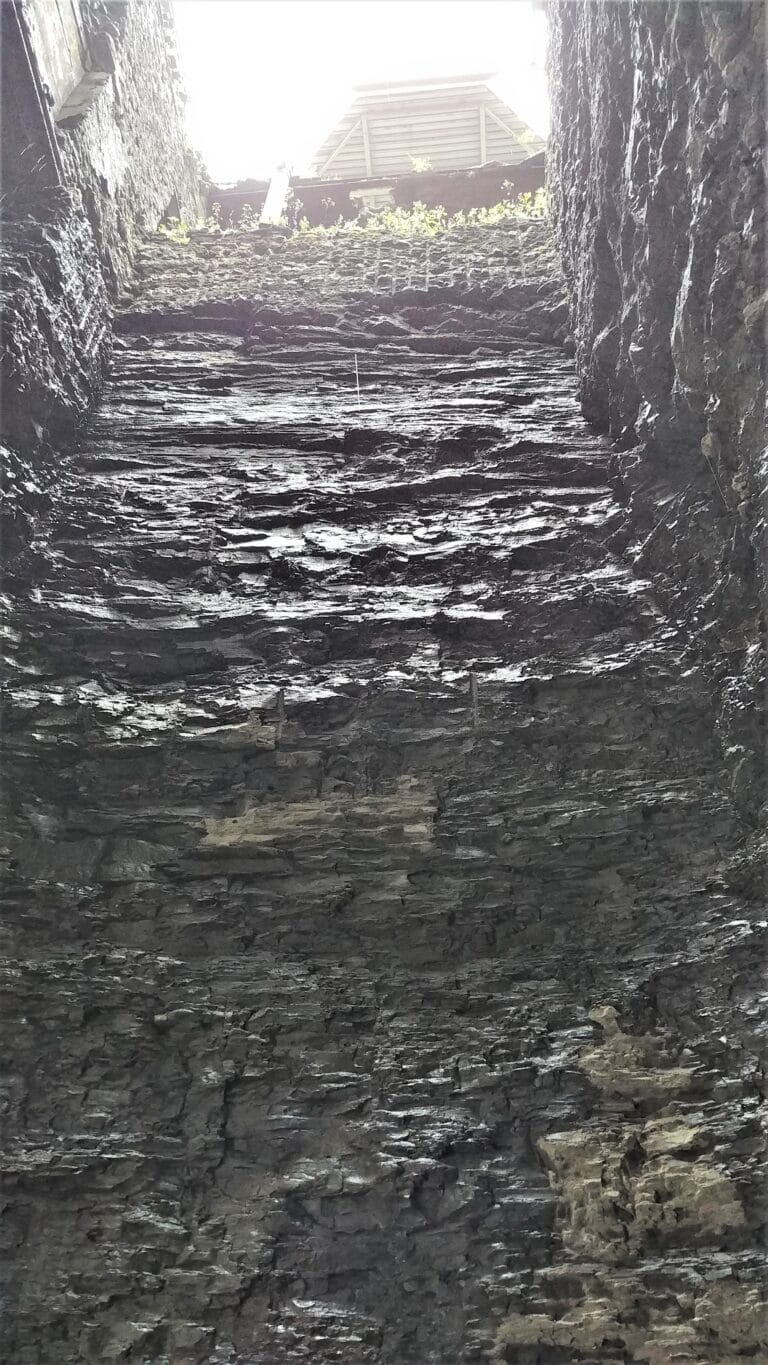